Janelle Saffin MP has welcomed as major wins NSW Premier Dominic Perrottet's announcement that Lismore will get a new SES Incident Control Centre and that Murwillumbah SES unit's facilities will also be upgraded. 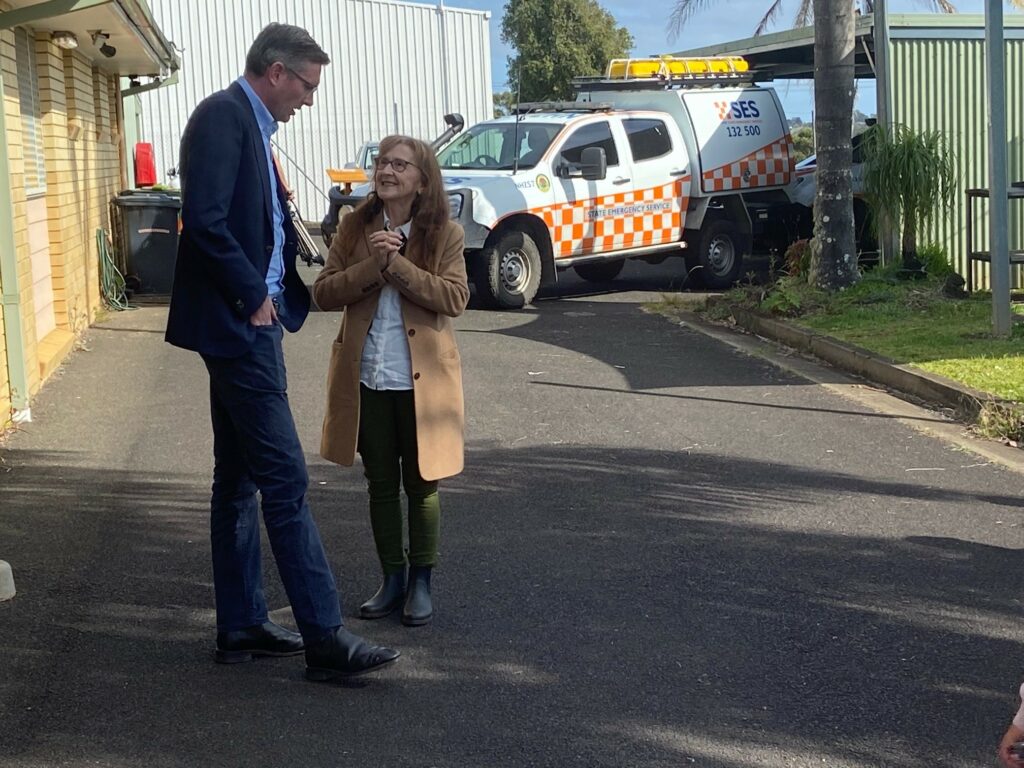 Ms Saffin said was pleased to join NSW Premier Dominic Perrottet in Lismore, as he announced the Government’s single biggest investment in the SES with $132.7 million going towards its infrastructure, resources and staffing.

Ms Saffin said it was now imperative that local SES controllers, existing staff and volunteers were properly consulted about any proposed changes, particularly the splitting of the existing Northern Zone into two new zones and where new zone headquarters were located. This will require a cultural change within the SES. New thinking is required.

“I’m expecting that Lismore could have its new Incident Control Centre within the next 12 months, that it will have the highest capabilities (Level 3) and will get a good contingent of the 70 extra permanent staff being employed statewide,” Ms Saffin said.

“We need to be really well resourced to rapidly respond to severe weather events like floods and storms.

“We must be better prepared and a big part of that is ensuring that SES volunteers are fully supported so that they are part of an absolutely professionally trained combat agency. The SES must also incorporate in equal collaboration the community, who are also volunteers who saved countless lives in the February 28 flood.  For instance, if they wanted to do a swift water rescue course, they could, or if they needed a boat licence, fees could be waived.”

Under the $132.7-million Budget boost, $58.7 million has been allocated to upgrade 18 critical priority Unit facilities across the State, one of them in Murwillumbah.

“We got it! I have been advocating since late last year for a much-needed new headquarters for Murwillumbah SES-Rural Fire Service, so this is another major win for the local community,” Ms Saffin said.

·        $1.3 million to develop a Facility Strategy and complete further detailed business cases to address the remainder of the recommendations from the 2021 independent review.