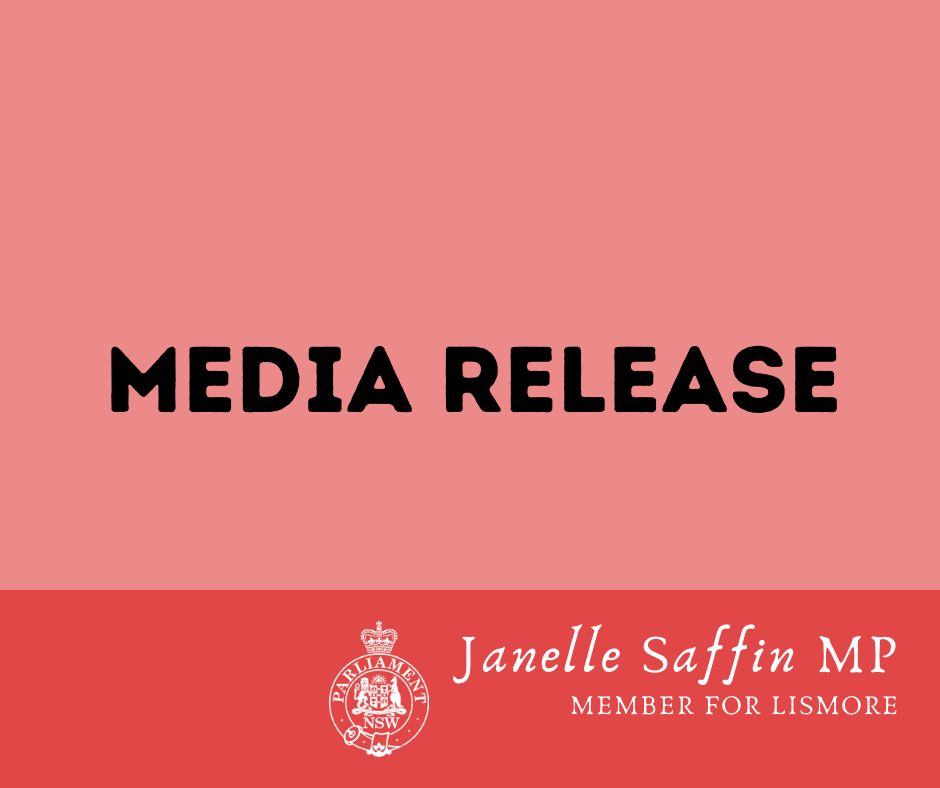 The NSW Government’s plans to close these schools and replace them with a mega school campus is nothing but a cost-cutting exercise, Ms Saffin says.

“They (the Government) have not demonstrated any educational benefit to students and to boot will sack 20 teachers and four support staff.”

“My position has not changed; if anything, my opposition to this proposal — which is half-baked at best, silly at worst, does not contain a performing arts centre as touted from the original announcement all the way along, is vague on assessing flood impacts and is generally lacking in detail — has solidified,” Ms Saffin said.

“Some issues identified by Council include inadequate playing fields; indoor halls too small to be used as shared community spaces; a lack of shading for students; a 90-space shortfall in car parking spaces (which would put serious pressure on surrounding streets); and an incomplete bushfire management plan.

“It all adds up to a half-baked plan which sells the local community short, prompting Tweed Mayor Cr Chris Cherry to say the State Government should be a ‘model applicant, but is flouting all of our requirements and at this stage is being anything but’.”

In Education Quarterly Online, Mr Rajendra said: “The issues raised by Council are in addition to the staffing cuts that will result when the schools are amalgamated. Primary school provision will, at a minimum, lose a classroom teacher, up to two assistant principal positions, a principal position and a reduction in teacher-librarian staffing.

“The situation is far worse for high school staffing. It is predicted that at least 16 positions – 20 per cent of the teaching staffing entitlement – will be cut, including classroom, head teacher, teacher-librarian, careers adviser and principal positions,” Mr Rajendra said.