"Lismore City Council has a good case for this extra funding, outside the regular grants to councils, and I understand that Minister Farraway is responding positively to my advocacy." 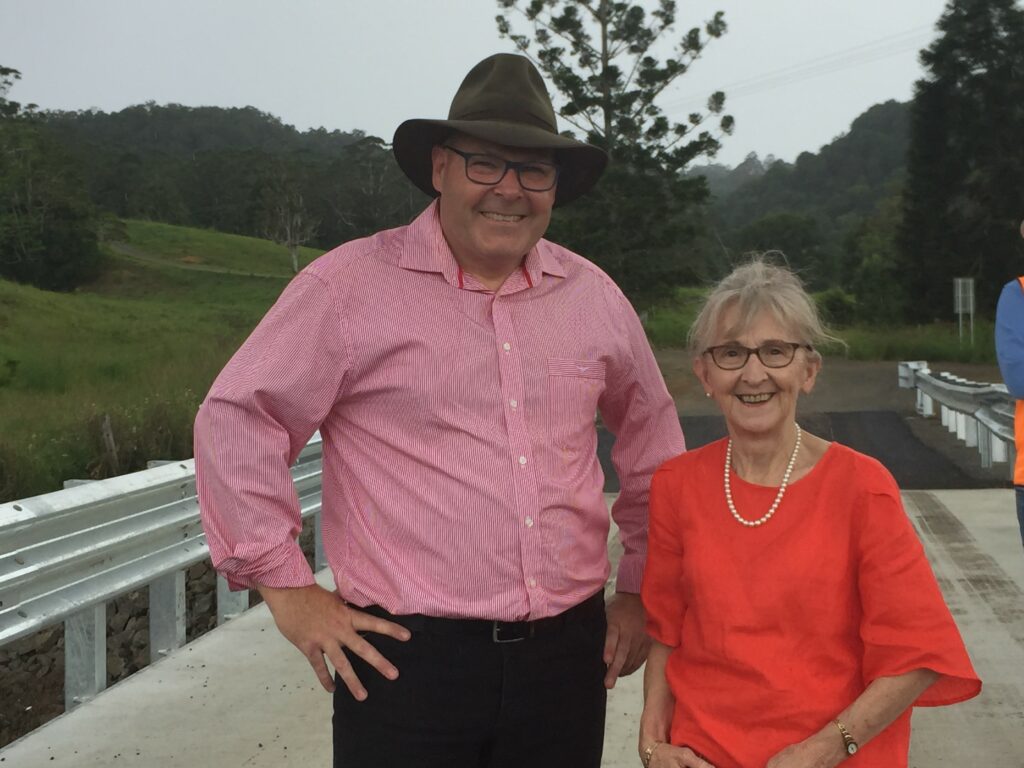 Ms Saffin said she had written to newly-promoted NSW Minister for Regional Transport and Roads Sam Farraway MLC late last year, giving her full backing to the need for a special roads package.

“Lismore City Council has a good case for this extra funding, outside the regular grants to councils, and I understand that Minister Farraway is responding positively to my advocacy,” Ms Saffin said.

“In July last year, the LCC General Manager Michael Donnelly asked if I could get him and the then Mayor Vanessa Ekins a meeting with the then Minister for Local Government, Shelley Hancock MP.

“I secured the meeting and it went extremely well with the Lismore delegation presenting a very well-prepared case.

“I lobbied the former Minister for Regional Transport and Roads, Paul Toole MP, for particular consideration for LCC due to the impact of floods and high rainfall.

“I also made a special plea for changes to future disaster funding so that roads can be repaired to a better standard, to resist water damage.

“The current criteria prohibits councils repairing roads to a better standard which perpetuates the cycle of rain – potholes — patch — repeat.”

Ms Saffin said it was clear that regional roads funding over the past few decades has not been adequate for our area.

“As I drive around the Lismore Electorate I get to see the state of the roads firsthand,” Ms Saffin said.

“Each Local Government Area has its particular concerns and for the Lismore LGA it is the state of the roads and the pothole hazards.

“I know where most of the potholes lurk and I understand when local people tell me their concerns.”

Ms Saffin said it was a shame that the Lismore LGA did not receive an adequate share of disaster relief funding after the catastrophic damage of the 2017 Cyclone Debbie floods.

“Not one MP or councillor at the time pursued Category D funding,” Ms Saffin said.

“Consequently, we have a lot of ground to make up and we deserve special attention from the NSW Government.”