LISMORE MP Janelle Saffin has given her full backing to Labor’s ‘NSW Made’ Policy which would compel Government departments and agencies to spend taxpayer money on locally procured goods and services. 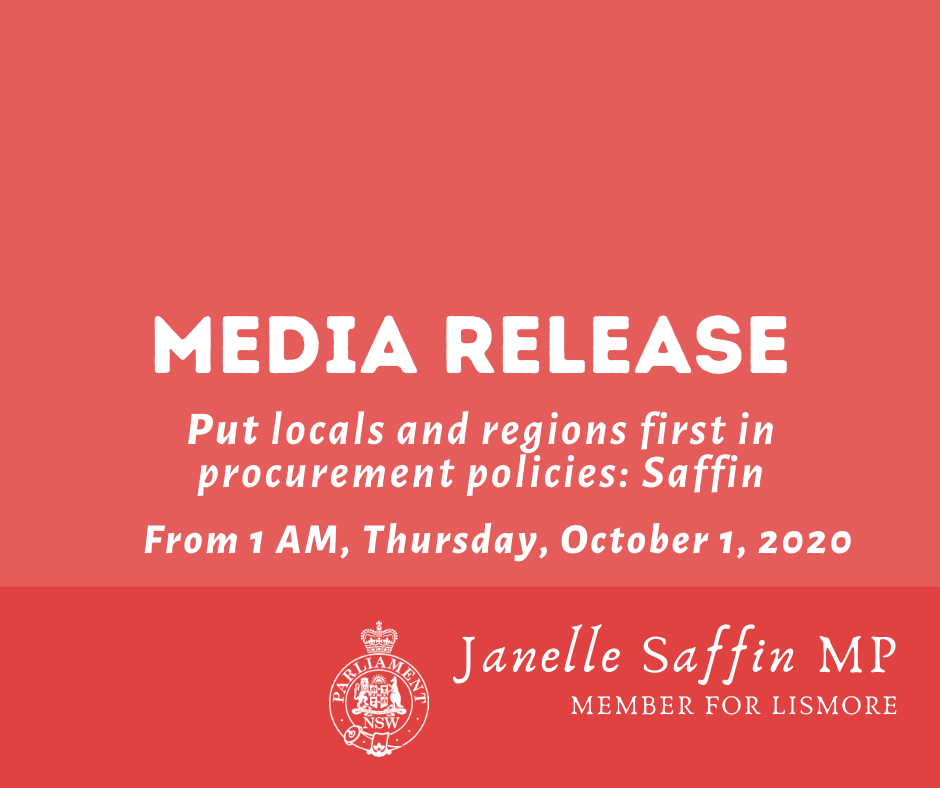 LISMORE MP Janelle Saffin has given her full backing to Labor’s ‘NSW Made’ Policy which would compel Government departments and agencies to spend taxpayer money on locally procured goods and services.

Ms Saffin said she had been working closely with Deputy Opposition Leader and NSW Shadow Minister for Regional and Rural Jobs Yasmin Catley, who today (Thursday, 22 October) introduced legislation to State Parliament which would make the ‘NSW Made’ policy law.

“I’ve met with representatives from companies from the Electorate of Lismore who have been supplying services to Government for decades but who now are being shut out of that lucrative work because of a deliberate move towards Whole of Government procurement,” Ms Saffin said.

“The Nationals, who often claim to be fighting for regional jobs, are actually doing exactly the opposite by going along with what Yasmin calls ‘the habitual offshoring of jobs and the export of taxpayers’ funds’, which is the Liberal Party’s mantra.”

Ms Saffin on September 24 this year moved a Notice of Motion that the House:

2. Recognises the need for an urgent review of these procurement policies and consultation with small and medium size regional companies to ensure that they still have a seat at the tendering table and are not disenfranchised to the point that their revenue streams can be reduced by a third, leading to job losses in Northern NSW  during an economic recession.

It will also establish a NSW Jobs First Advocate to enforce these new requirements and ensure Government agencies are maximising the opportunities provided to local workers and local businesses.