STATE Member for Lismore Janelle Saffin has ensured that Lismore’s first memorial for the Great War is now showcased in the National ANZAC Centre’s multimedia experience in Albany, Western Australia. 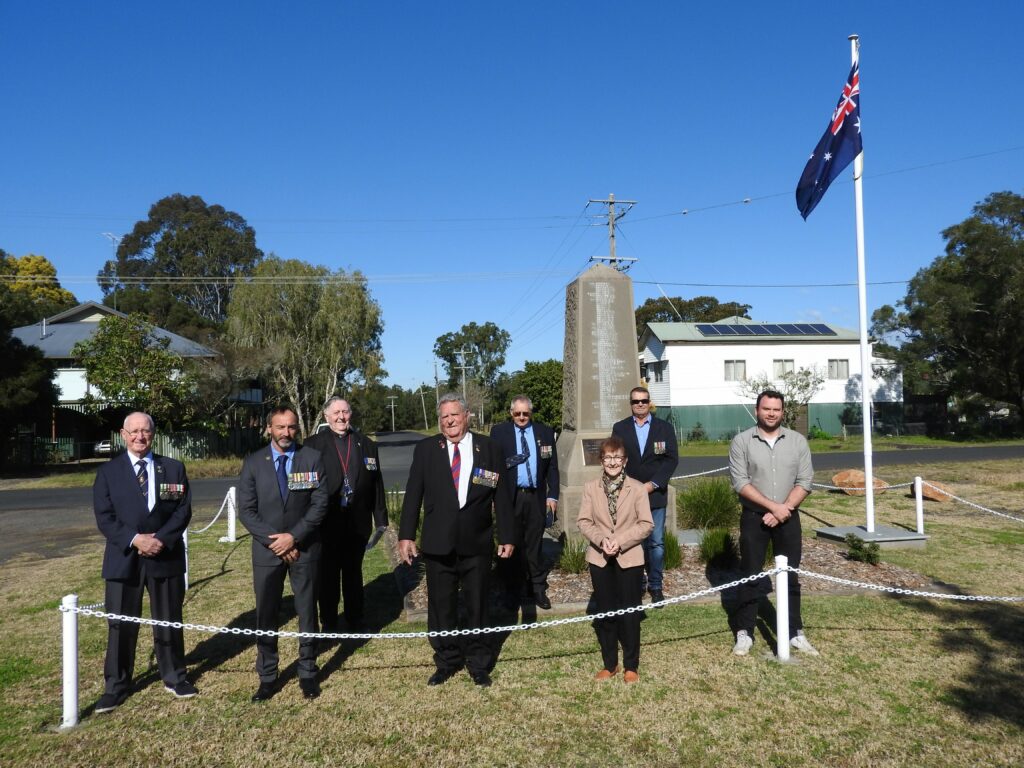 STATE Member for Lismore Janelle Saffin has ensured that Lismore’s first memorial for the Great War is now showcased in the National ANZAC Centre’s multimedia experience in Albany, Western Australia.

Ms Saffin today (Monday 13 July) joined Vietnam Veteran Ken Jolley OAM and other veterans to mark the memorial’s exposure on the other side of the continent and the culmination of Mr Jolley’s three-year labour of love in having it restored to its former glory.

Ms Saffin said the obelisk — first erected on the corner of Bridge Street and Alexander Parade, North Lismore in 1926 — honours 145 Lismore district men who sacrificed their lives during World War One and holds special significance for their family descendants.

“In 2017, the memorial was returned ‘home’ to its original site after two previous moves around town, and its close proximity to the Lismore Showground is fitting because it was the site of a transit camp for newly-enlisted men,” Ms Saffin said.

“Young men from all different backgrounds answered the nation’s call to fight for king and country and camped at the showground before boarding trains at the North Lismore Railway Station to take them to Army training camps.

“The National ANZAC Centre is located in Albany, where our servicemen and women disembarked on ships bound for Gallipoli and other battlefields during World War One.”

Mr Jolley, who is a Life Member of the RSL City of Lismore (NSW) Sub-Branch, said he visited Albany last October for an Army reunion, saw all the memorials at the National ANZAC Centre and wondered ‘why not bloody Lismore?’

“I approached Janelle (Saffin) for some help and I cannot thank her and her staffer Ronny Susanto enough for arranging to have our North Lismore memorial permanently added to the projection reel, which is seen by thousands of visitors every year,” Mr Jolley said.

“It’s the icing on the cake; I’ve been working for the past three years to restore the memorial  and the fact that North Lismore now sits between two New Zealand memorials, Kaitaia and Wellington, is marvellous recognition for our fallen Diggers and for the City of Lismore.”

The memorial was moved from near the Showgrounds to the South Lismore RSL Hall’s garden in 1988, but when the RSL sold the hall in 2004, it was moved to the Railway Station before returning to North Lismore in 2017.