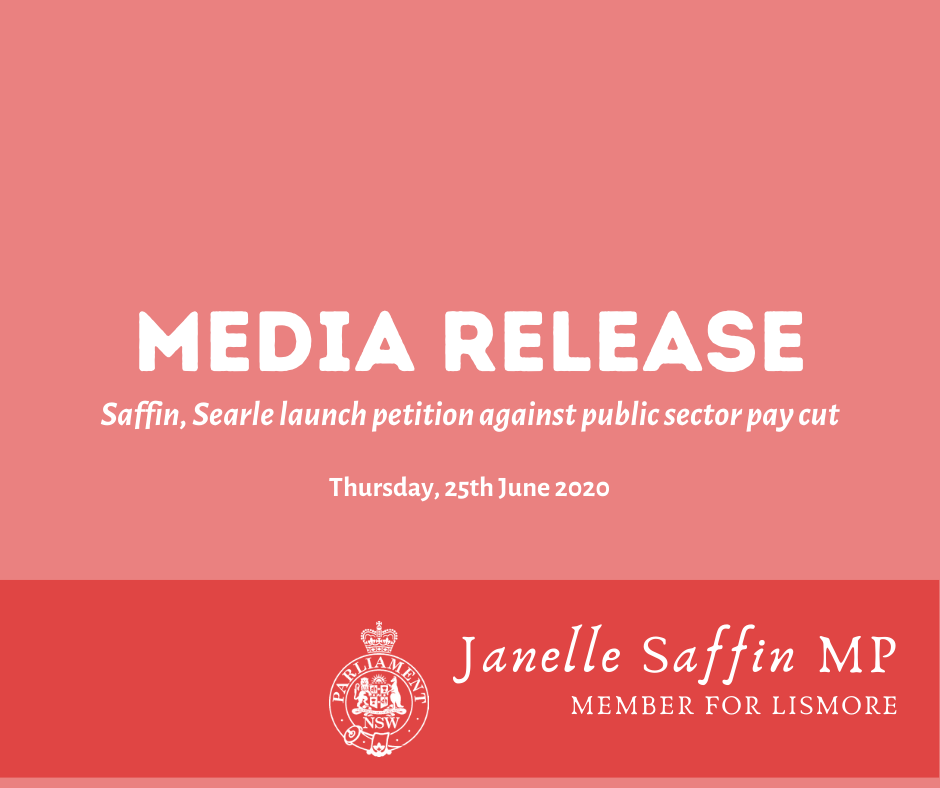 Mr Searle, who is also Shadow Minister for Industrial Relations, said: “Across the Lismore Electorate, there are 992 teachers, 1650 health workers and 157 police officers who will have their pay cut, and many other public service employees who will miss out.

“The Nationals MPs in this region must explain why they voted to take money out of local workers’ pockets. Why did they vote to make it harder for local workers to put food on the family table?”

Ms Saffin thanked Mr Searle for his role in successfully blocking the pay cuts to public sector workers in the Upper House, but noted the fight was far from over with the Liberal-National Government now moving to force these wage cuts through the industrial umpire.

“Copies of this petition will be available for signing at my Electorate Office in Lismore from today (Thursday, 25 June) onwards,” Ms Saffin said.

“Our local nurses and midwives, teachers, police, firefighters, paramedics, cleaners, drivers and many other public sector workers have risked their lives to look after others during the COVID-19 pandemic and have been rewarded with a pay cut. Our heroes deserve a medal, not a callous and mean pay cut.”

Mr Searle said reasonable wage increases are a vital stimulus measure for local economies. “Now is the time to put dollars in pockets, not take them away,” he said.

“Struggling local small businesses will also suffer if people have less money in their pockets to spend.”

Petitioners are asking the Legislative Assembly to urgently pass legislation blocking this proposed pay cut and to commit to protecting the pay and conditions of all workers across New South Wales.