JANELLE Saffin was among several NSW Labor MPs paying tribute to Australian veterans who have served or are currently serving as part of international peacekeeping operations. 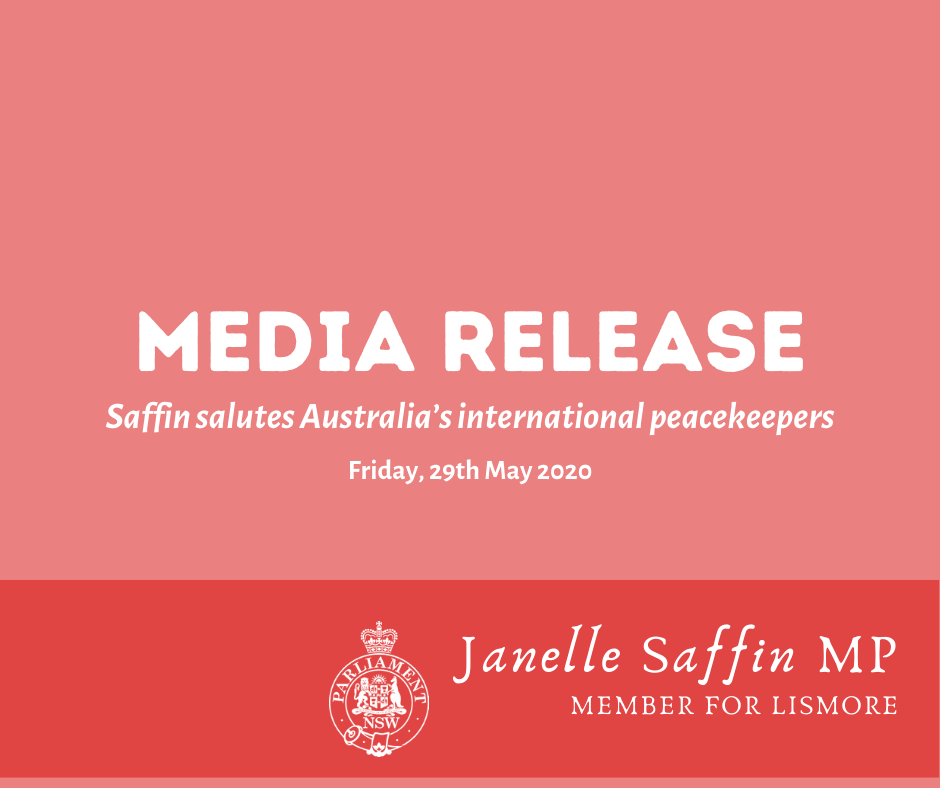 JANELLE Saffin was among several NSW Labor MPs paying tribute to Australian veterans who have served or are currently serving as part of international peacekeeping operations.

Mr Warren and Ms Voltz are both Australian Regular Army veterans, and Ms Saffin has worked alongside Australian peacekeepers during some extremely testy times in Timor-Leste.

Ms Saffin said she had witnessed up close, the life-changing and nation-building service of Australian peacekeepers and maintained close ties with these veterans, many of whom live locally.

“They are men and women of great character and we all owe them an enormous debt of gratitude for keeping our wider region and our world safer,” Ms Saffin said.

“I have a care bare mascot with a blue helmet from that day and many fond memories of catching up with veterans and serving peacekeepers,” she said.

The Australian Peacekeepers and Peacemakers Veterans’ Association states 66,000 Australian veterans have been involved in 73 operations in 64 different countries over the years.

These include Federal and police from all states and territories deployed on peacekeeping missions since 1964, to places such as Cyprus, the Middle East, the Solomon Islands and Timor-Leste.

Ms Voltz added: “I would also like to acknowledge, on his retirement from Federal politics, former Colonel Mike Kelly, who served with distinction on United Nations and peacekeeping missions in Somalia, Timor-Leste, Bosnia and Iraq.”

Ms Saffin also paid tribute to Mr Kelly, a personal friend and colleague, with whom she served in the Federal Parliament between 2007 and 2013.