A FIVE-YEAR timetable for replacing flood damaged buildings at Murwillumbah East Public School is a damning indictment of the Berejiklian-Barilaro Government and just not good enough, according to Lismore MP Janelle Saffin and Shadow Minister for the North Coast Adam Searle MLC. 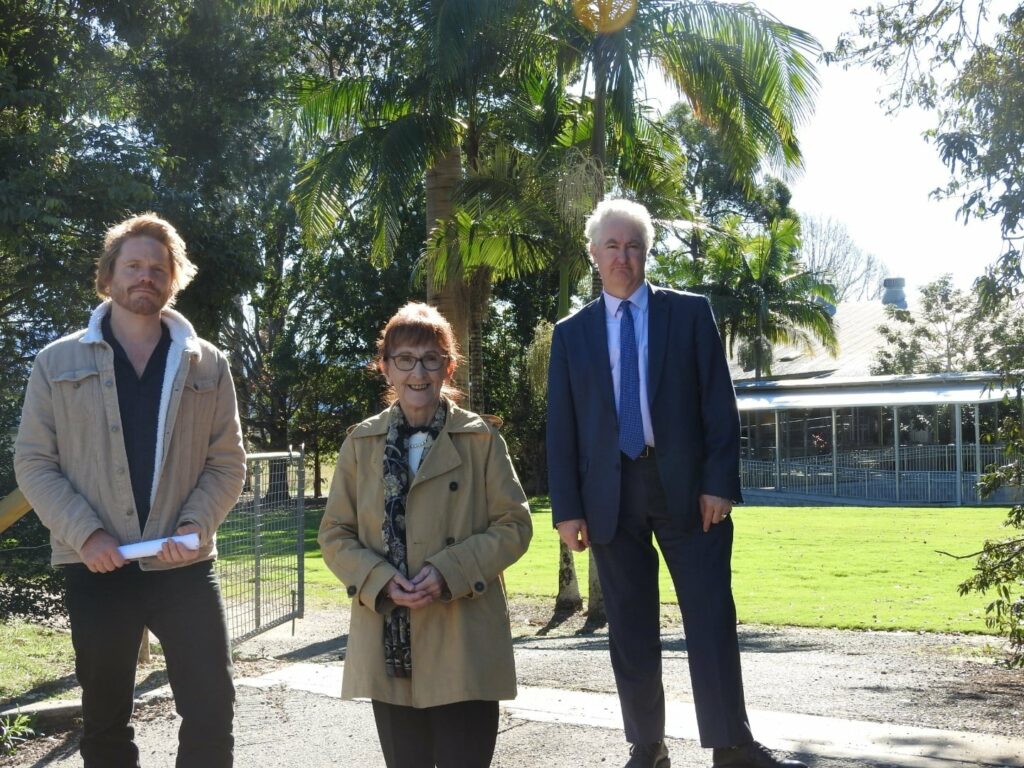 A FIVE-YEAR timetable for replacing flood damaged buildings at Murwillumbah East Public School is a damning indictment of the Berejiklian-Barilaro Government and just not good enough, according to Lismore MP Janelle Saffin and Shadow Minister for the North Coast Adam Searle MLC.

Ms Saffin and Mr Searle today (Wednesday, 24 June) met with Murwillumbah East Parents and Citizens representatives outside the school to slam the Government’s glacial approach to rebuilding the school’s library and four classrooms.

“This school bore the brunt of catastrophic damage from the Cyclone Debbie flood in 2017 and this Government promised a full upgrade to students, their families, teachers, support staff and the Parents and Citizens’ Association,” Ms Saffin said.

“The NSW Government has broken it by stretching the upgrade off into the far distant future.

“How dare the Minister for Education Sarah Mitchell MLC, through her Parliamentary Secretary Kevin Conolly, advise me that the upgrade may start in mid-2021 and may be finished by late 2022 … five years after the flood devastation.

“Yes, demountables were installed to temporarily replace the damaged facilities at the school, but that is regular and not the promised rebuild.”

Ms Saffin said it was lame for Mr Conolly to advise that assessing the flood damage, finalising insurance matters, determining the community’s educational requirements and the risk of future floods had contributed to a complex and lengthy process.

Mr Searle said then Nationals State Member for Lismore Thomas George in a June 19 2018 media release, promised the major upgrade for Murwillumbah East and highlighted education as a priority in the Government’s 2018-2019 State Budget, but has failed to deliver.

“Mr George confirmed funding had been set aside in that budget to provide for the necessary upgrade to the school, ‘improving the education facilities and experience for students and their families’,” Mr Searle said, “But the money was never delivered.”

Ms Saffin said the school’s P&C have followed this up and given the NSW Government ample time to deliver, and shown grace, but the Government has abused this.

“I am angry on behalf of Murwillumbah East Public School, but also the community of Murwillumbah and Tweed Valley whom I represent, that they can be treated so poorly,” Ms Saffin said.