A NEW program called PACER which will base mental health clinicians at some police stations should be expanded beyond Sydney to regional and rural New South Wales, according to State Member for Lismore Janelle Saffin. 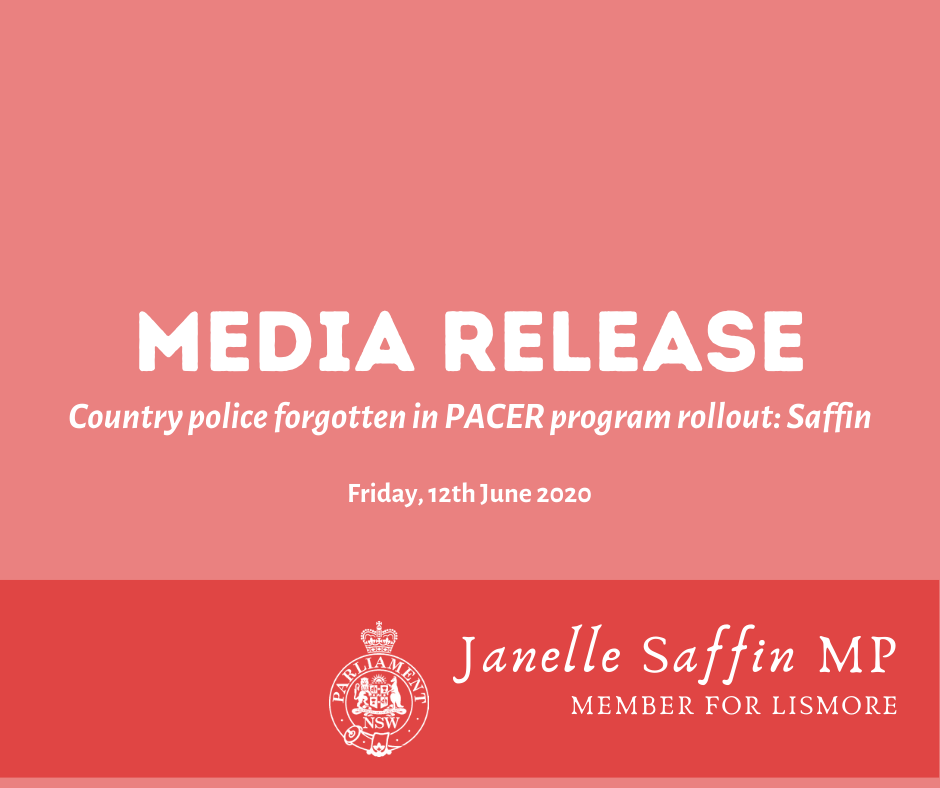 A NEW program called PACER which will base mental health clinicians at some police stations should be expanded beyond Sydney to regional and rural New South Wales, according to State Member for Lismore Janelle Saffin.

Ms Saffin said, “The PACER program needs to head north to the Richmond, Tweed-Byron and New England Police Commands as our local police are in as much need of this support as are Sydney police.”

“I welcome the program, having long advocated to have specialist mental health clinicians to support and/or accompany police to call-outs where their skills can assist all,” Ms Saffin said.

“We often expect our police to be social workers as well as undertake their law enforcement duties and that is a tough call.

“However, I cannot believe that a Coalition Government whose Deputy Premier is also the leader of the Nationals, did not insist that all Police Commands in rural and regional NSW be included.

“2019 Budget estimates revealed that mental health-related issues account for 30 per cent of all calls to our frontline police, so the Government must ensure that all police have the resources to deal with these incidents.

“We owe it to our police officers, our ambulance paramedics, people with mental health issues, their families and the wider community to boost funding for this program so that the benefits are spread more evenly and statewide”, Ms Saffin concluded.

Ms Saffin said the NSW Government’s $6-million investment in hiring the specialist clinicians was a positive move, but Sydney-centric with the Central West the only regional command included. She also said the program’s funding needed to be ongoing rather than guaranteed for only its first year.

This follows a pilot program in the St George area which resulted in significant reductions in emergency department presentations, police and ambulance time-on-scene.