STATE Member for Lismore Janelle Saffin wants a rock-solid assurance from the Berejiklian-Barilaro Government that it will deliver on its major election promise to take back responsibility for 15,000 kilometres of regional roads from local councils. 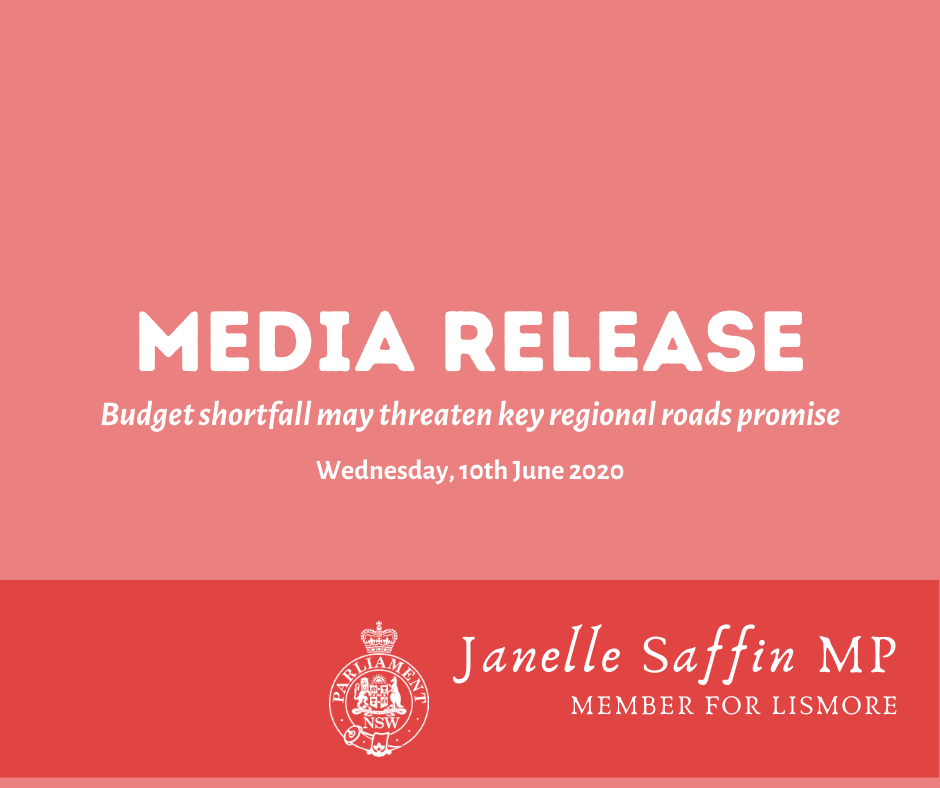 STATE Member for Lismore Janelle Saffin wants a rock-solid assurance from the Berejiklian-Barilaro Government that it will deliver on its major election promise to take back responsibility for 15,000 kilometres of regional roads from local councils.

Ms Saffin today (10 June) fired off an urgent representation to NSW Minister for Regional Transport and Roads Paul Toole, seeking his assurance that a reported $3.8-billion roads maintenance backlog will not adversely impact on the transfer.

Ms Saffin said she was going into bat for the four councils in her electorate – Lismore City, Kyogle, Tenterfield and Tweed shires – all of which in good faith will be submitting priority regional roads for assessment by the independent review panel overseeing the handover process.

“There is an expectation from councils, ratepayers and residents that this election promise will be kept, but if there is a big shortfall in Transport for NSW’s road maintenance budgets, it will throw many road and bridge projects into doubt,” Ms Saffin said.

“The Northern Rivers and Northern Tablelands regions have copped it all during the past year; drought, bushfires, COVID-19, business downturn, a rise in unemployment, and a cruel wage freeze for our frontline public servants.

“The last thing we need now is for significant roads and bridge projects which are in the pipeline to improve safety and connectivity, and boost local and regional economies, to potentially be put in jeopardy.”

“We’re talking about roads like the Lismore to Woodburn Road, the Tweed Valley Way, the Clarence Way and the Bruxner Way, among others, which deserve more attention than they have had in past decades.”

Ms Saffin’s concerns follow The Sydney Morning Herald’s exclusive coverage of the final Roads and Maritime Services Asset Management Plan 2020-21 to 2029-30, which confirmed a $3.8-billion roads maintenance shortfall at 30 June 2019 had grown by $36 million on the previous year.

The document, handed to the Government last September, before RMS was  dissolved into Transport for NSW,  states that insufficient capital funding available to fund ‘shortfalls for projects under delivery, state component of federal election commitments and state election commitments’ as being a ‘very high’ risk.

The likelihood of that occurring is ‘almost certain’ and the consequences would be ‘major’, the document states.