RUBY PRINCESS MUST NOT SAIL UNTIL ALL CREW MEMBERS ARE WELL

The NSW Labor Opposition has called on the NSW Government to let the Ruby Princess stay on Australian shores until every single member of the crew is either well or repatriated to their home countries. 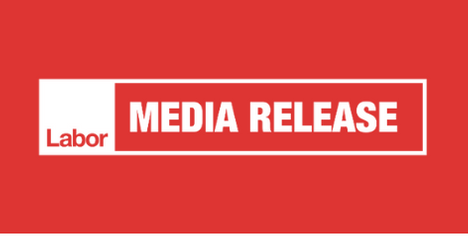 The NSW Labor Opposition has called on the NSW Government to let the Ruby Princess stay on Australian shores until every single member of the crew is either well or repatriated to their home countries.

Even though there are over 200 cases of COVID-19 among Ruby Princess crew, the NSW Liberal Government still remains committed to making the ship sailing leave Australia for international waters.

Labor welcomes the news that 49 members of the ship’s crew will be re-patriated but that still leaves 95% of the crew at risk.

NSW Labor Leader Jodi McKay said: “Surely the Ruby Princess cannot be forced onto the high seas when 1 in 5 of its crew members have a life-threatening illness.”

“If these crew members were Australians abroad, we would simply not allow something like this to happen.”

“The lives of the crew members will be at risk if they are forced into open water where they will be beyond help if the virus flairs up again. The Health Minister needs to make sure every single person on board that ship is well before it leaves our waters.”

“If the Ruby Princess is forced to depart with sick crew, the consequences will be on this Government’s conscience.”

Thank you for taking the time to write to me and share your concern and the concern of members of the MUA about the health and wellbeing of crew members aboard the Ruby Princess.

I do share your concern and agree that the NSW State Government must provide better care for the crew members of the ship while they have been in our Port and our territorial waters.

As you would know, the NSW Labor has been fighting to provide the crew of the Ruby Princess with dignity, respect and appropriate medical care and attention while they are in our Port. My Parliamentary colleagues, including both the NSW Labor Leader and Deputy Leader, Jodi McKay MP and Yasmin Catley MP, have actively advocated for this and I know that we will continue with our advocacy.

The NSW Government must do the right and humane thing, and to fulfil our obligation under International Law and the Maritime Labour Convention 2006.

Thank you for reaching out to me and for your advocacy for the crew members of the Ruby Princess.