IT WAS my pleasure to host Federal Labor Opposition Leader Anthony Albanese and Richmond MP Justine Elliot during their recent visit to the Rural Fire Service's Fire Control Centre in Casino and to Nimbin. 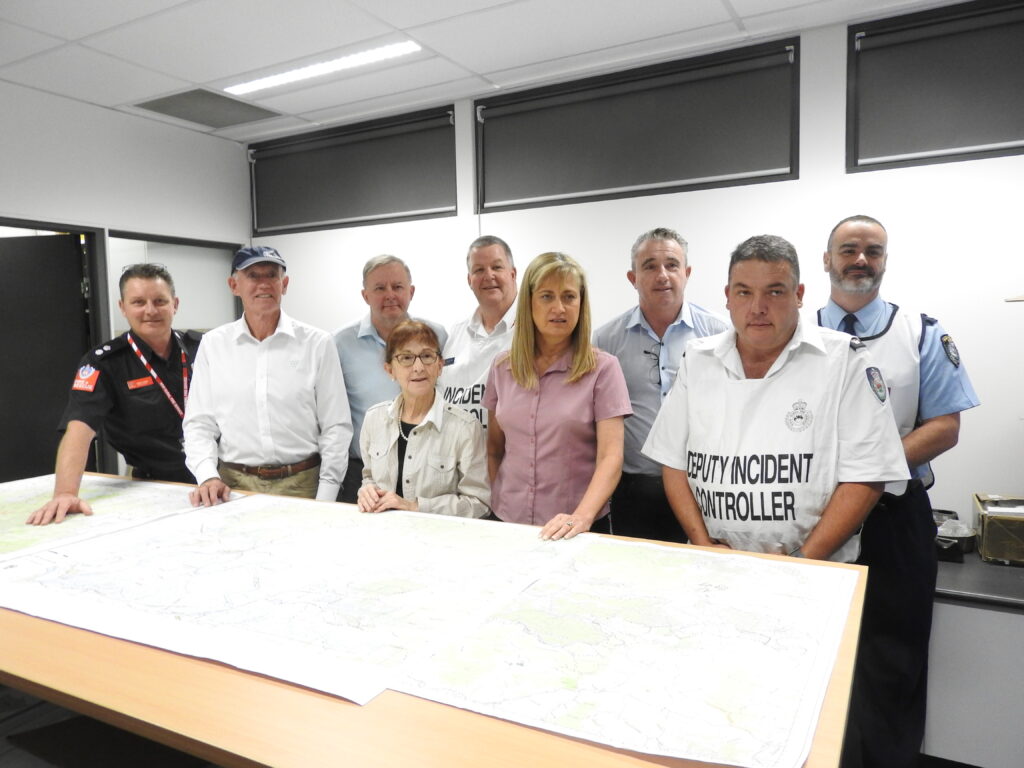 IT WAS my pleasure to host Federal Labor Opposition Leader Anthony Albanese and Richmond MP Justine Elliot during their recent visit to the Rural Fire Service’s Fire Control Centre in Casino and to Nimbin.

At Casino, we received a briefing on bushfires which were then threatening local communities near Mount Nardi National Park, Bora Ridge-Myall Creek Road and Gulf Road, Torrington. Sadly, homes were lost at Bora Ridge and Torrington.

At Nimbin, we visited the Fire Evacuation Centre at Nimbin Showground and met with CWA Nimbin branch members who were supplying meals to firefighters from the Nimbin Town Hall.

Albo within days arranged for Woolworths to deliver two upright freezers, two upright fridges, 20 24-bottle packs of water and two $500 Woolworths vouchers, and I was on hand to thank Woolies for their generosity.

I welcome the NSW and Australian governments’ $48-million recovery package under which eligible primary producers, small businesses and non-profit organisations in bushfire-affected communities on the North Coast and Northern Tablelands can access recovery grants of up to $15,000.

I have been pushing for this now for several months, but I believe the NSW Government needs to go further by establishing a Strategic Planning Team (SPT) to handle the impacts which predicted ongoing bushfires will have on our stretched resources, assets and our already parched land, given equally dire weather forecasts going into summer.

We are faced with the current situation:

The questions to be considered are:

The responses to be considered include:

National Parks and Forestry working collaboratively with the RFS and Fire and Rescue to expand the design and reach of containment lines.

For the building of containment lines:

Government agencies can support the people making decisions on containment lines in key areas such as towns, schools infrastructure, power lines, water supply and special habitats. These need to be protected now.

The waste levy waiver, which Kyogle Shire Mayor Cr Danielle Mulholland and I successfully pushed for, could apply to clean-up for preparedness as well as post-fire clean-up.

There is, and will be, more of a huge loss of farming land, fences and soil from all the fire areas when we eventually get rain.  We are already seeing the loss of native flora and fauna.

This will result in major erosion problems, pollution of the waterways, fish loss, macroinvertebrates gone, estuarine pollution, to name a few.

The response needs to be for the immediate threat, of course, and for ongoing and future predicted threats.

A Strategic Planning Team would have bi-partisan support and give reassurance and confidence to our communities that they are so in need of.

It has been a very challenging year for many folk the Drake Village Voice’s readership area, but I want to take this opportunity to wish all of my constituents a safe and enjoyable festive season.