THIS year marks 40 years since the historic rainforest logging blockades and protest action at Terania Creek which led to the creation of the World Heritage-listed Nightcap National Park. 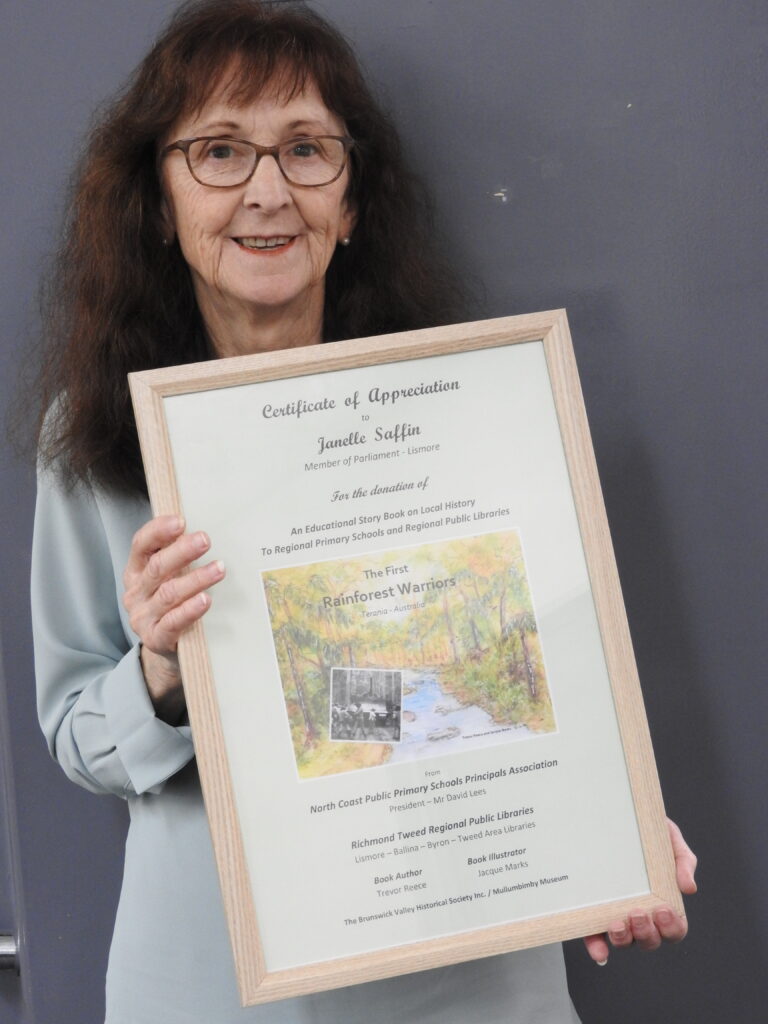 THIS year marks 40 years since the historic rainforest logging blockades and protest action at Terania Creek which led to the creation of the World Heritage-listed Nightcap National Park.

The protests at Terania Creek in 1979 and at Mount Nardi in 1982 rank as one of the great environmental awakenings but the great gain of the national park was not achieved without some pain on both sides of that epic battle.

To ensure that the stories of our early rainforest warriors are not lost with the passage of time, a new children’s book, The First Rainforest Warriors Terania Australia, has been published.

This educational story book was written by retired teacher Trevor Reece and illustrated by local artist Jacque Marks with archival black and white photographs from the time by David Kemp.

I was glad to recently mark the occasion with the Richmond-Tweed regional public libraries during a book hand over at the Brunswick Valley Historical Society Incorporated/Mullumbimby Museum in Mullumbimby.

David Lees, who is President of the North Coast Public Primary Schools Principals Association, has been involved in this project.

I’m sure The First Rainforest Warriors Terania Australia will become a valuable resource for teachers and students for local history and environmental studies.

Nightcap National Park and the bushland settings throughout the Nimbin Valley attract many folk following a back to nature lifestyle and I urge everyone to be prepared for the bushfire season, which has come early this year.

The recent major bushfires south of Tenterfield (Mount Mackenzie Road) and between Drake and Tabulam (Long Gully Road) have had a devastating impact on those communities.

I am doing my best to support and represent my constituents in Tenterfield Shire as these resilient communities recover from natural disaster.

I cannot speak highly enough of our fireys and all of our emergency services – on the ground and in the air – who swung into action to keep people safe from harm and to protect as many properties, livestock and pets as they could.

In Parliament, I have been lobbying NSW Emergency Services Minister David Elliott on a range of issues raised by constituents in the wake of these fires and earlier fires experienced in Tabulam and Wallangarra in February this year.

I lodged a notice of motion that the Lower House:

Nimbin district residents, particularly those living on multiple occupancies or rural land sharing communities, might have bushfire prevention and evacuation plans in place, but if not, review your preparedness.

The NSW Rural Fire Service’s website – www.rfs.nsw.gov.au — has a wealth of useful information, and its app Fires Near Me allows people to keep an eye on fires which may be burning across the Lismore City LGA.

The RFS also recommends listening to ABC North Coast radio for updates on the fire situation locally, regionally and statewide.

VALUABLE RESOURCE: Lismore MP Janelle Saffin with a certificate of appreciation for her book support.