NAIDOC Week 2019’s themes were Voice, Treaty and Truth, and it certainly was a time for storytelling and truth telling on the road to genuine reconciliation. 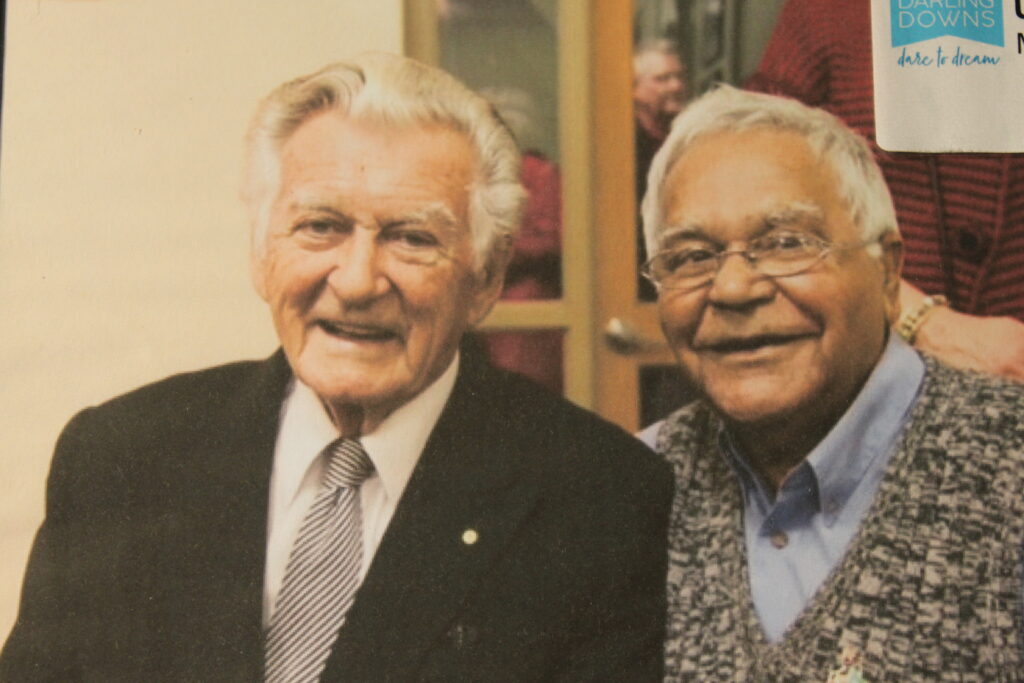 NAIDOC Week 2019’s themes were Voice, Treaty and Truth, and it certainly was a time for storytelling and truth telling on the road to genuine reconciliation.

Chris’s hobbies are his Horseabout film production company and training thoroughbred horses, and former Melburnian David, of Imagine If, has a long list of television documentary credits to his name.

Their feature documentary Round OZ Ride screened at the Cannes Film Festival in 2017.

Growing up in a racing mad family in Ipswich, I was familiar with Darby McCarthy’s story, who lifted himself out of an impoverished childhood to become a champion jockey on Australian, English and French racetracks.

Darby McCarthy was one of former Prime Minister, the late Bob Hawke’s favourite jockeys and they were good mates.

According to racing historian Dr Andrew Lemon, who is assisting Chris and David with the Darby McCarthy Projects, the charismatic Darby enjoyed triumphs but his career was dogged by scandals, disasters and injustices.

But Uncle Darby was resilient and went on to be a mentor to athletes like Olympian Cathy Freeman, an accredited adviser to the University of Southern Queensland and plays a key role in the Toowoomba Murri Court.

The Darby McCarthy Projects are aimed a national and international audience and include a one-hour television documentary, a six-part television drama series and a movie-length distillation of the TV series.

Now in his late seventies and living in Toowoomba, Uncle Darby is fully involved in these exciting projects. For more information, contact David and Chris – info@imagine-if.com.au

GREAT MATES: The late Bob Hawke with Darby McCarthy. The jockey at the height of his fame in 1966.